The Capitol rioters have joined a small but notorious cadre in the annals of history: a duo that since the end of World War II has attempted to stage coups against the United States of America, a university tracking project finds.The other case involved 11 members of the American communist party.The Coup D’etat Project, an initiative of the University of Illinois’ Cline Center for Advanced Social Research, has determined the insurrection that unfolded at the Capitol on January 6 fits its definition of an attempted dissident coup.The only other American entry in its global database? A 1948 incident in which members of Communist Party USA conspired to violently overthrow the government. Cline Center Director Scott Althaus says researchers are reviewing a third case for possible inclusion in its next dataset: the 1996 slaying of an Arkansas family by White supremacists who, according to federal court documents, sought to “establish an independent nation of white members of the Christian Identity faith.”

The Coup D’etat Project initially balked at the latest addition, saying in a January 8 statement that while the Capitol attack met some prerequisites for an attempted coup, too many questions remained unanswered to apply the label at that time.Those questions have now been answered, the center said last week, saying the event met its definition of a coup attempt as it “posed a short-term credible threat to overthrow the legitimate authority of a policy-making branch of national government.”

Trump supporters clash with police and security forces as they storm the Capitol on January 6.It further described the riots as “an organized, illegal attempt to intervene in the presidential transition by displacing the power of the Congress to certify the election. Specifically, at the time of this writing, we classify it as an attempted dissident coup.

“The project’s organizers left open the possibility that the attack could be re-categorized — for instance, if it’s later learned that government officials played any role.Dissident coups are defined as those “initiated by a small group of discontents to include ex-military leaders, religious leaders, former government leaders, members of a legislature/parliament, and civilians. This category does not include security forces or police as they are organized arms of the government.”To meet the project’s definition of a coup, the criteria are:

The US Justice Department has charged more than 165 people so far in the January 6 Capitol insurrection. A CNN analysis showed 14% of the first 150 arrestees are current or former members of the American military.

The Coup D’etat Project’s global database includes almost 1,000 attempted, conspired or realized coups, and while several nations — including Argentina, Bolivia, Haiti, Syria, Sudan and Venezuela — have seen many efforts to overthrow their governments, the project says the United States had only one database entry before last month.It involved 11 members of Communist Party USA accused of advocating to topple the US government. A court ruled the men had violated the Smith Act of 1940, which forbade advocating or being a member of a group advocating the violent overthrow of the government. 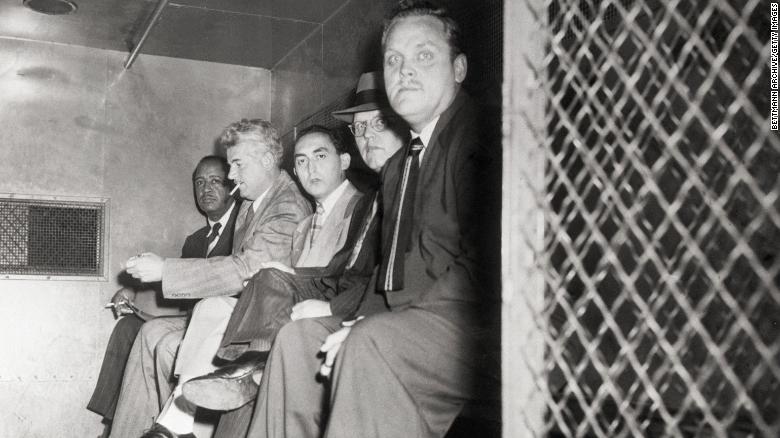 From left, Communist Party USA members Benjamin Davis Jr., Eugene Dennis, Gilbert Green, John Williamson and Gus Hall are transported to a jail cell in October 1949.The US Supreme Court in 1951 upheld the convictions in a “bitter and contentious trial, which lasted about nine months and was followed around the world, featur(ing) demonstrations, threats, and countless courtroom challenges by both sides,” according to the First Amendment Encyclopedia curated by Middle Tennessee State University.The high court’s verdict was far from unanimous, producing five separate opinions, two of them dissenting.

Subsequent US Supreme Court decisions in the 1950s and ’60s dismantled the Smith Act.Another 1999 plot against the United States was mistakenly left in the Coup D’etat Project’s supplemental inventory of coup events, but Althaus said it ultimately did not fit the project’s criteria when the official list was released in 2013 or when it was revised in November.

That could change, however, as “this particular case has already been identified by our project team for review as we approach our next release of our dataset, as we periodically review old decisions to assess if any new information might merit reclassification,” he said.In that case, White supremacists Chevie Kehoe and Daniel Lewis Lee were convicted of killing an Arkansas gun dealer, his wife and their 8-year-old daughter.

The men stole $50,000 in cash, guns and ammunition from the family’s home. In prosecuting the Aryan Peoples Republic members under the Racketeer Influenced and Corrupt Organizations Act, or RICO Act, prosecutors alleged Kehoe, Lee and others engaged in criminal activity in support of the White supremacist group. 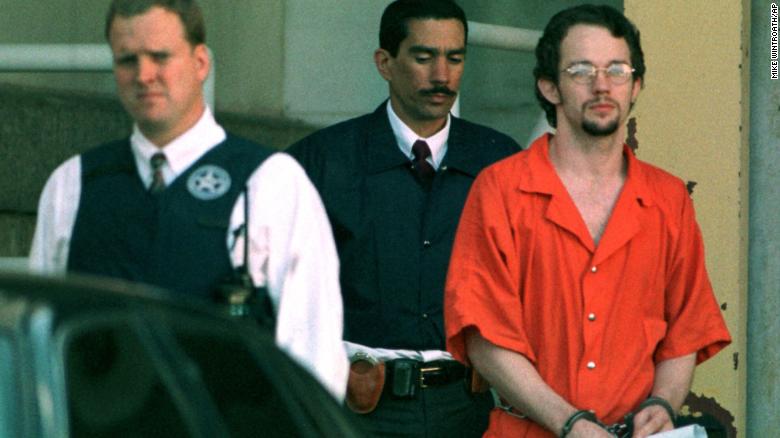 Officers escort Chevie Kehoe at a federal court building in Little Rock, Arkansas, in May 1999.”Federal prosecutors said the men pursued their dream of an all-white republic by stockpiling military-style weapons, robbing several people and suffocating gun dealer William Mueller, his wife, Nancy, and her 8-year-old daughter, Sarah Powell, before throwing their bodies into a river,” the St. Louis Post-Dispatch reported at the time.According to the federal appeals court that upheld Lee’s conviction, “Kehoe formed the APR to establish an independent nation of white members of the Christian Identity faith in the Pacific Northwest.

He patterned it after an antigovernment, white supremacist organization called the Order. … Several witnesses testified to the fact that Kehoe led a white supremacist organization and intended to build an Aryan nation in Idaho.”Lee was executed last year in Terre Haute, Indiana — the first federal execution in 17 years. Kehoe is serving a life sentence at US Penitentiary McCreary in Pine Knot, Kentucky, according to the US Bureau of Prisons.